It’s gallery season again in Eastern Massachusetts and there seems to be plenty of inspiring exhibits to visit.  This past weekend the Boston Printmakers opened their 2015 North American Print at Lesley University College of Art and Design.

The exhibit is filled with a vast array of contemporary prints in a wide variety of printmaking techniques such as these Bloodline 40″ x 30″ monoprints by Marina Brownlow from Santa Fe, NM that greet you at the entrance. 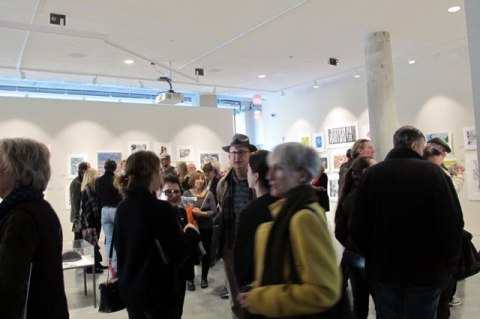 The Biennial opening reception was last Sunday and was heartily attended by printmakers and their followers.  It was a challenge to get up close and personal with the artwork with so many print enthusiasts.  Drop by now through Dec 12, 2015 to have a relaxed engagement with the art.

There were several prints that were inspirational and, as usual, had printmakers speculating as to how they were created.  One of my personal favorites was this monotype, linocut, chine colle, sewing, drawing entitled Distortions by Lina Monclus from Broward County, FL which received a Materials Award sponored by Gamblin Artists Colors. 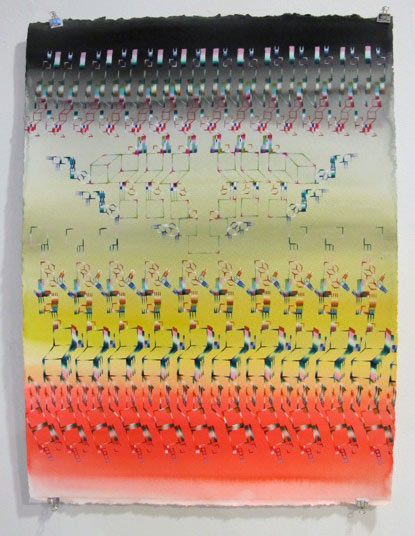 Over the Charles River to South Boston is The Distillery that recently hosted an Open Studio where you can find a full creative community with a gallery of work by artists that occupy the building.

At The Distillery we were drawn to Rory Beerits who creates beautiful, organic jewelry and stylized animal sculptures made from wood and metals. 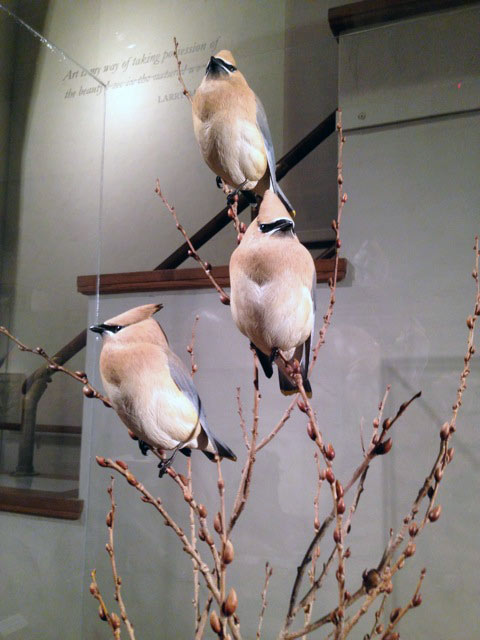 These Cedar Waxwings are unbelievably realistic but they are actually carved from wood and painted with acrylics by Larry Barth.  The Museum of American Bird Art at Mass Audubon in Canton MA currently has several of Larry’s bird sculpture’s on view through January 18, 2016.  Even the branches are created with metal and then painted.

Whether you’re interested in contemporary or hyper-realism there’s plenty of art to see this Fall.  Don’t miss the opening reception this Friday, Nov 13, 2015, from 6 to 8pm at the South Shore Art Center in Cohasset which features the National Juried On the Edge and the Gallery Artists Small Works Exhibits.  See you there.

You are currently reading Mass Art at donna ingemanson studio.